Business headlines have been packed with discussion, news, and analysis of the impact internet data centers have on US energy consumption and on energy-related pollution. In addition to a recent New York Times report titled “Power, Pollution and the Internet,” there have been a number of other related updates and stories, both from news outlets (bloggers, etc.) and from Internet businesses (Google, Microsoft, among others). We will cover all of these updates in one summary section on the Internet and energy. But first, we summarize Morgan Stanley’s recently-released commodity outlook as posted recently on Business Insider. 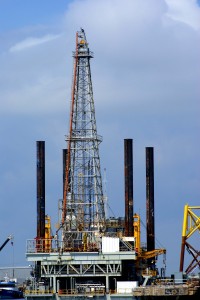 Bottomline for businesses: If Morgan Stanley is right, and there are indications in recent economic news (stronger manufacturing report from The Institute for Supply Management (ISM); a stronger jobs report; glimmers of economic recovery) suggesting they may be, it makes sense to expect more volatility and higher market prices for energy in 2013. It is not too soon to plan for these market changes. Given the historically low cost of natural gas, if any of you plan to be in the market for gas, electricity or oil in early to mid 2013, your best buying opportunity may well be right now.

There are three major take-aways from the recent, extensive discussion about data centers and energy consumption. For a full review of The New York Times article “THE CLOUD FACTORIES:Power, Pollution and the Internet” published on Sept 23, 2012 take a look here. 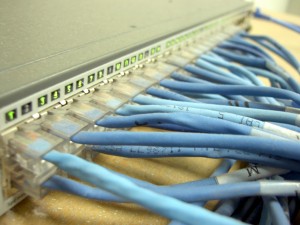 1) The huge computer server farms that fuel the internet, manage corporate and government data and give us “cloud computing” are inefficient (80% or 90% of the power they pull from the grid is not used to actually process or store information). This makes them not only expensive but also dirty from a pollution point of view (by the way, that is not news, but it may run counter to the popular view of the internet as home to many “green” businesses).

2) The growth of cloud computing, and a continued focus on reliability in internet service, suggest that energy-intensive data centers will continue to be built and will continue to run inefficiently — although there appear to be some computing and energy innovations (such as “virtualization” — see below to learn what virtualization is) that may have a positive impact.

3) For businesses that are focused on supply chain management and efficient delivery of products and services, it may well be time to set some standards for your data centers: to protect your bottom line and your business’s reputation.

While it shouldn’t have been a surprise, the first major message is that data centers are energy-intensive and have been designed to focus on up-time and 99.9999% availability. To date, a focus on internet uptime and reliability has been inconsistent with intelligent energy management. As a data and information-driven business, we appreciate the focus on reliability, and we are certain our clients do too.

But as an energy company, we also understand the need for wise and efficient energy management. In fact, the more we read about this, it seems to us that running a data center is a little like running an electricity grid: you need to build in spare capacity and redundancy to meet peak demand, even though it’s expensive and wasteful to have that capacity idle most of the time. So some inefficiency is just the nature of the business, but it seems to us that to date most data centers have been extremely, outrageously inefficient. While we were aware of some of this inefficiency, The Times unearthed some interesting estimates.

In technical terms, the fraction of a computer’s brainpower being used on computations is called “utilization.” McKinsey & Company, the consulting firm that analyzed utilization figures for The Times, has been monitoring the issue since at least 2008, when it published a report that received little notice outside the field. Utilization figures have remained stubbornly low: the current findings of 6 percent to 12 percent are only slightly better than those in 2008.

David Cappuccio, a managing vice president and chief of research at Gartner, a technology research firm, said his own recent survey of a large sample of data centers found that typical utilizations ran from 7 percent to 12 percent.
“That’s how we’ve overprovisioned and run data centers for years,” Mr. Cappuccio said. “ ‘Let’s overbuild just in case we need it’ — that level of comfort costs a lot of money. It costs a lot of energy.”

“It’s staggering for most people, even people in the industry, to understand the numbers, the sheer size of these systems,” said Peter Gross, who helped design hundreds of data centers. “A single data center can take more power than a medium-size town.”

There are some potential solutions. A software fix called “virtualization” aims to link or merge a number of separate servers together, creating a single large (but virtual) server that is more flexible. (It sounds to us like virtualization is linking separate servers together into a kind of information grid.) But virtualization is a fix typically available to businesses that use services like that of an Amazon Web Services, for example, in which they lease or rent computing capabilities from a really big company that has lots of data centers already (think Amazon or Microsoft). Many firms don’t yet trust their most important information to “the cloud,” and insist on owning and operating their own data centers. This creates a lot of redundant data centers, idling and using energy. These company-specific (or government-owned!) data centers “account for the great majority of energy usage by data centers” according to a source cited in the Times. How much energy are we talking about? The article quoted a source that estimates data centers use up to 2% of all the electricity in the US.

This solution doesn’t work for most companies, who build, own or maintain their own data centers. The article goes on to quote Jonathan Koomey, a Stanford data center expert.

.. [Koomey says] many companies that try to manage their own data centers, either in-house or in rental spaces, are still unfamiliar with or distrustful of the new cloud technology. Unfortunately, those companies account for the great majority of energy usage by data centers….

While sometimes the predictions quoted in the Times article seemed rather dire, it does make sense for businesses to track and note these trends. And also to keep an eye out for good alternatives to over building. In fact, there are a few energy start-up businesses that are now focused entirely on improving the efficiency, and lowering the energy impact of data centers.

Bottomline for businesses: Take a good, hard look at how you’re delivering computing services to your business. Expect improved efficiencies, evaluate the full cost of computing power to your business and then deliver the most efficient solution—without compromising what matters to you as a business (uptime, reliability, customer service, etc.). Don’t overlook cloud technology as a possible solution to your company’s business need.

How do Internet/Technology Businesses Respond?

While it is somewhat unclear whether these are direct responses to The New York Times article, there have been a number of updates over the last week from various technology companies about their data center strategy and energy use. Here is a run-down of Microsoft’s approach to powering data centers– titled Microsoft’s Energy and Efficiency Evolution to Power the Cloud. 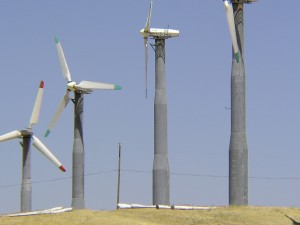 And just this week, Google announced that they will buy the offtake from a wind farm in Oklahoma to directly power one of their newest data centers. You can view that story here.

Bottomline for businesses: Technology companies are not turning a deaf ear to concerns about inefficiency and costly data centers. There are alternatives to the status quo—and given the significant and unpredictable nature of energy prices, these companies (and likely others) are working to plan for the future.